Want to know more about “Sonimodul – The Center of Ultrasound Functional Neurosurgery”? Here you will get the complete picture, learn about our therapeutic offer, meet our team, read about us in the newspapers and more!

Prof. Jeanmonod and his team have been active for  more than 25 years in the field of functional neurosurgery, working on the mechanisms and treatment of chronic functional brain disorders. He holds a professorship in functional neurosurgery at the University of Zurich since 2001 and an adjunct assistant professorship in neurophysiology in the Department of Physiology and Neuroscience of Prof. Llinas at New York University School of Medicine since 1998. He was awarded the Pfizer Price in 1998 for his work “Low threshold calcium spike bursts in the human thalamus: common physiopathology for sensory, motor and limbic positive symptoms”. Prof. Jeanmonod leads since the beginning of 2010 the Center for Ultrasound Functional Neurosurgery in Solothurn (Switzerland).

Prof. Jeanmonod and his team have treated along the years hundreds of patients using the classical stereotactic technique, and performed clinical examinations and counselling for thousands of patients. The proposed operations are based on a modern and multidimensional update of relevant scientific and clinical experiences collected in the fifties and sixties. The Center for Ultrasound Functional Neurosurgery is in a position to offer the patients a multifacetted therapeutic contribution, comprising the most updated physiopathological, neuroanatomical and technological developments.

SoniModul Ltd was founded in December 2009 and administers the Center for Ultrasound Functional Neurosurgery in Solothurn. Its whole capital is owned by Prof. Jeanmonod, his wife and their children. Since it started its commercial activity in February 2013, it is and will remain economically, scientifically and clinically fully independent. 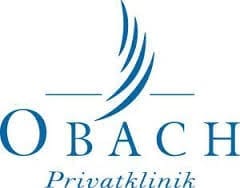 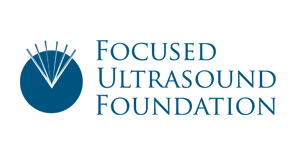 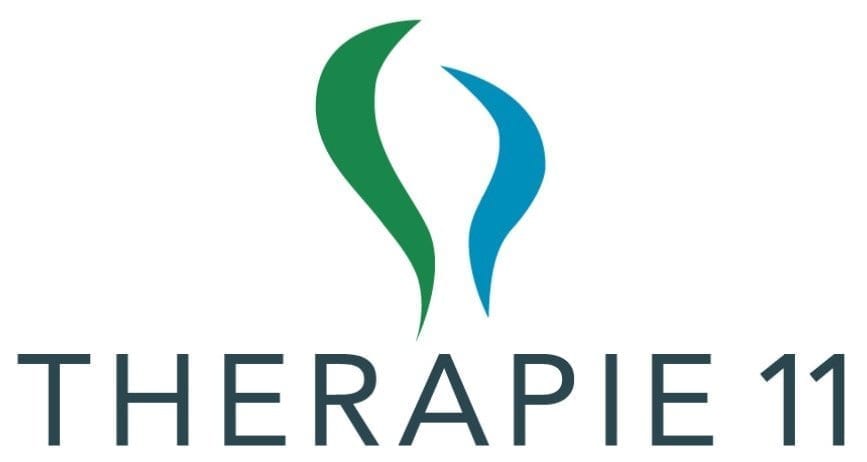 In & Out of Office Gallery

SoniModul in One Page 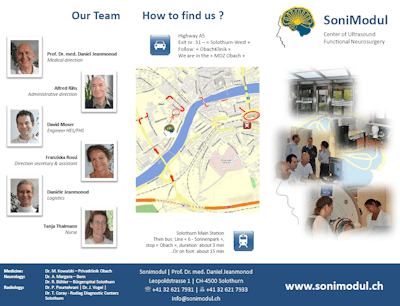 In English
In French
In German